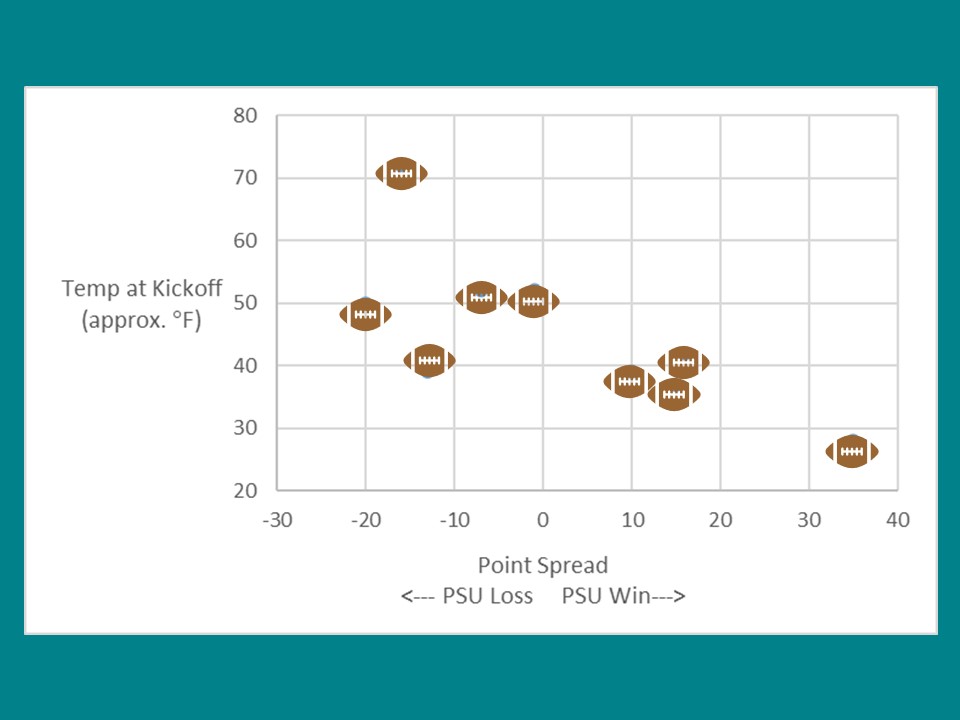 Before I started Data Soapbox, I was a practicing researcher. I designed research studies and collected, analyzed, and reported the data.

As time went on, I got more and more interested in the reporting part of my job, to the point that colleagues would sometimes ask me for help with their presentations and reports. I’d say that at least half the time, the request was phrased as some version of, “Can you make these slides pretty?”

Picture this: You’ve just given a presentation to a room full of people. The lights come up, and the audience streams into the hallway for the mid-afternoon snack break. Is your goal really for them to gush, “WOW, that presentation was so…PRETTY”?

Pretty is a term for decoration. Your makeup is pretty. Her necklace is pretty. That cake is pretty. Awww, who’s a pretty kitty?*

Graphic design, on the other hand, prioritizes function. It’s the use of images and text to convey a message that achieves an objective.

Let’s walk through an example of decoration:

I created a small dataset of Penn State’s 2020 football games. Among other variables, it included the point spread (calculated by subtracting the opponent’s score from Penn State’s score) and the approximate temperature at kickoff (based on historical weather data from the nearest airport).

Here’s a basic scatterplot of those data: 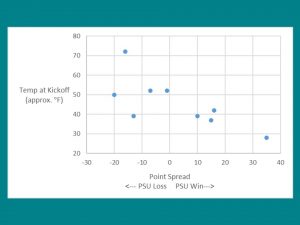 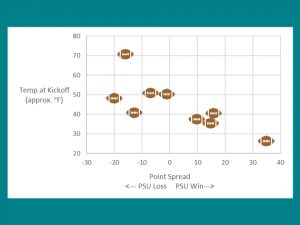 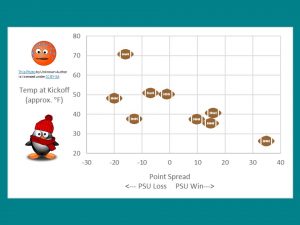 While we’re talking about hot and cold, let’s add a red-to-blue color gradient in the background: 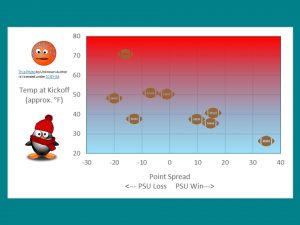 And let’s add some cute snowflakes to highlight the freezing mark: 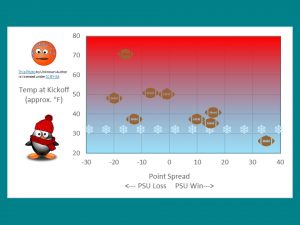 And, finally, what Penn State graph would be complete without a blue-and-white-striped background? 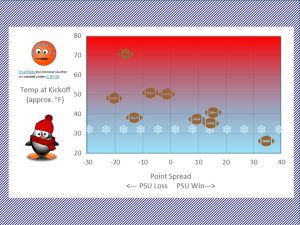 The result? A tragic mess that doesn’t tell us anything more than the original graph. In fact, the visual clutter makes this version harder to understand.

Don’t get me wrong; decoration can be beautiful in a way that this example clearly isn’t. The distinction between decoration and design is really about why you are including particular visual elements. Decoration is about adding elements because they’re pretty or cute or interesting.**

As a reminder, here’s our original (with the blue dots changed to black) : 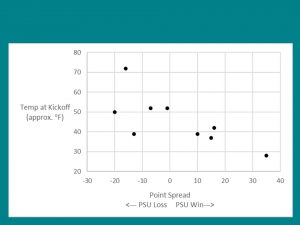 The most important gridline in this graph is the vertical line at the zero point spread. This line represents a tie, and it separates the wins from the losses. So, let’s darken that line to draw attention to its conceptual importance: 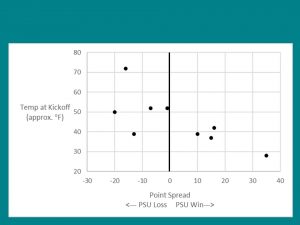 Next, we can emphasize and label the hottest and coldest games. The large dots help make the downward data trend a little more obvious. The labels flesh out two example data points, which can help readers check that they’ve interpreted the graph correctly. 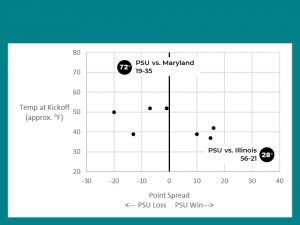 Color can be really helpful in data visualizations. (Our decoration example just took that to an unfortunate extreme.) By coloring the hottest data point red and the coldest one blue, it taps into cultural associations with color. Many readers will suspect that we’re showing temperature extremes without having to read a word. 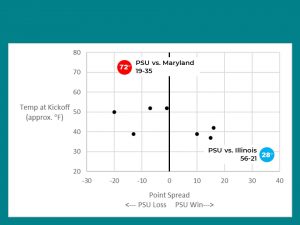 Finally, no good data visualization is complete without a strong, informative title:*** 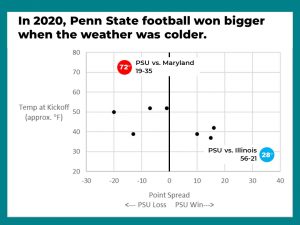 *Actual quote of me cooing to our female cat while I scratch behind her ears.

**Decoration makes me think back to my college marketing class group projects, circa 1999-2001. We’d pick out particular PowerPoint templates and fonts because we’d never seen anyone use them before.

***The “boring scientist” version of this title would be “Association between point spread and temperature at kick-off for Penn State football, 2020 season.” Ugh.