In academia, and in companies with academic leanings, there are events known as Job Talks.  A Job Talk is one component of job interviews for professors, researchers, and the like. In exchange for free food of varying quality, current employees and students attend an hour-ish oral presentation given by the job candidate. Ideally, the candidate talks about their past (like education and training), present work, and plans for future work.

I started attending job talks in graduate school, circa 2004. Over the course of a couple of decades, I attended a bunch more. On balance, most of them have been ho-hum.* But, in the spring of 2006, I attended two job talks that I still consider to be among the best I’ve ever seen.

At this point, 16 years later, the details of the talks are fuzzy, but I remember more about them than I remember about the job talks I’ve presented, so I think that’s worth pondering. What made these presentations so memorable that they haven’t been overwritten by everything that’s happened since?

Nilam used paintings to demonstrate these two concepts. I can’t remember which paintings specifically, but here’s the general idea: 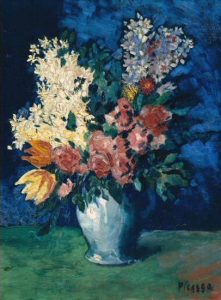 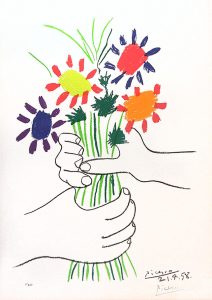 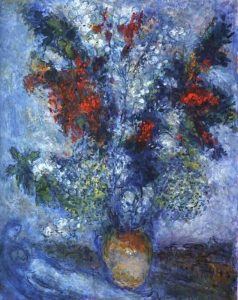 Lesa’s talk focused on vision, attention, and responsiveness among older adults. As part of her work, she did experiments testing reaction times to changes within a simulated driving environment. The traffic light turns from green to yellow. A squirrel hesitates at the curb. A person steps into a crosswalk.

So, what do I think made these two talks so memorable?

OK, as a former psychology major, I have to acknowledge the primacy effect. That is, all else being equal, we are more likely to remember the very first [thing] in a group of [things] than the [things] that come later.** Lesa and Nilam’s job talks were among the first I ever attended.

To this day, I believe that Nilam’s is the only scientific presentation where I’ve seen a reference to fine art. Lesa’s is one of very few that used a simulation or game methodology.

Lesa and Nilam used images, rather than relying solely on verbal description. Lesa showed photos, from her simulation, of roadway scenes that a driver might see. Nilam showed paintings.

These images were also really concrete, rather than the abstract charts, graphs, and bullets that we’re used to looking at in scientific presentations.

Have you seen any memorable job talks? What made them that way? Comment below!

** There’s also a phenomenon called the recency effect: We are more likely to remember the last [thing] we saw than the [things] we saw farther back in time.

Can We All Just Admit That the Emperor is Naked?

When I was a kid, we had this book of classic fairy tales. In the…

On Decoration and Design

Before I started Data Soapbox, I was a practicing researcher. I designed research studies and…