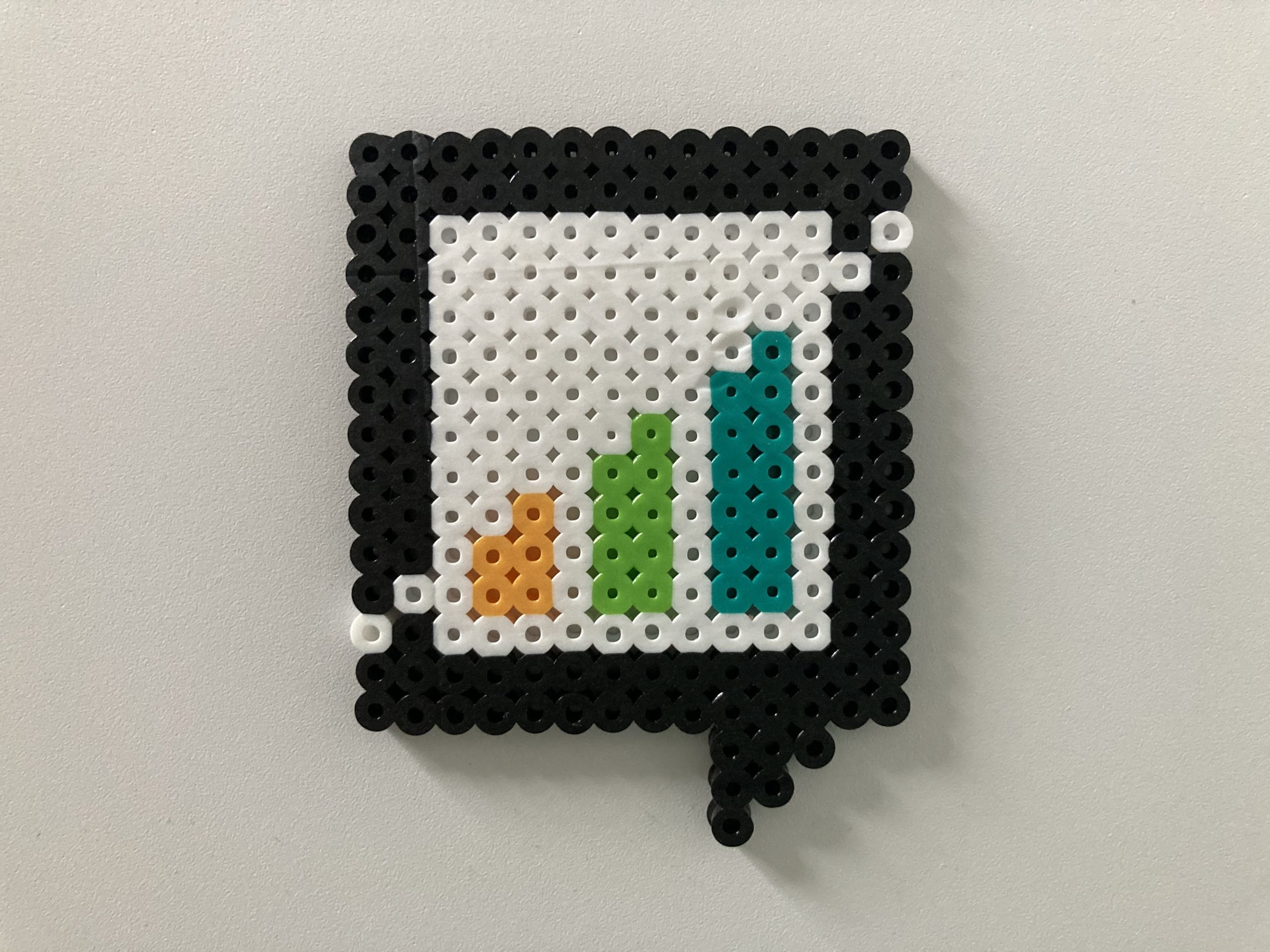 In these pandemic times, like many people, I’m spending a lot less money on things like clothes, gas, and outings with family and friends. But you wanna know what I’m spending more money on? Arts and crafts supplies.

Some of this can be blamed on my graphic design classes. I learned about “the best” art supplies and proceeded to buy Prismacolor Premier colored pencils* and Copic markers. To feel a little less guilty about buying the Copics, I drew some graphs:

I’m also trying to encourage a love of arts and crafts with my kids, so (among other supplies) I bought some Perler beads, and now my six-year-old and I are both a little obsessed: 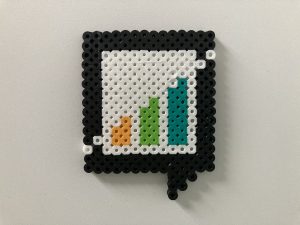 This got me thinking about the art of data visualization. For those who aren’t very familiar with the world of dataviz, you may be surprised to learn that many pieces are just as artistic as they are informative.

I was introduced to data as art in an Edward Tufte workshop. Tufte is a statistician, political scientist, and artist whose books feature beautiful examples of dataviz. These include Charles Minard’s map of Napoleon’s failed Russian campaign of 1812 and Reebee Garofalo’s visual history of pop/rock.**

Many people are making data art in the modern era. I’ve seen some awesome examples of dataviz in Cole Nussbaumer Knaflic’s Storytelling with Data Community; one of my favorites has been Eat Local with Thomas Jefferson. Mona Chalabi is a data journalist who creates awesome art, often with a social justice focus. And then there are all sorts of recent books focusing on art in information design, including Am I Overthinking This? by Michelle Rial, Dear Data by Giorgia Lupi and Stefanie Posavec, and Data Sketches by Nadieh Bremer and Shirley Wu.

Data art isn’t limited to two dimensions.*** This bar chart brings focus to the issue of mass incarceration in the United States. A Chicago police station features this sculpture of falling crime rates. And this line graph sculpture of atmospheric carbon dioxide, located in Copenhagen, is profound and disturbing.

Which of these visualizations is your favorite? Are there any great ones I’ve missed? Comment below!

**I almost bought a poster of this viz for my guitarist husband, but I ended up going with this instead.

***I really wanted to do my headshots at a dataviz sculpture, but I wasn’t able to find one locally. Someone get on that, please!