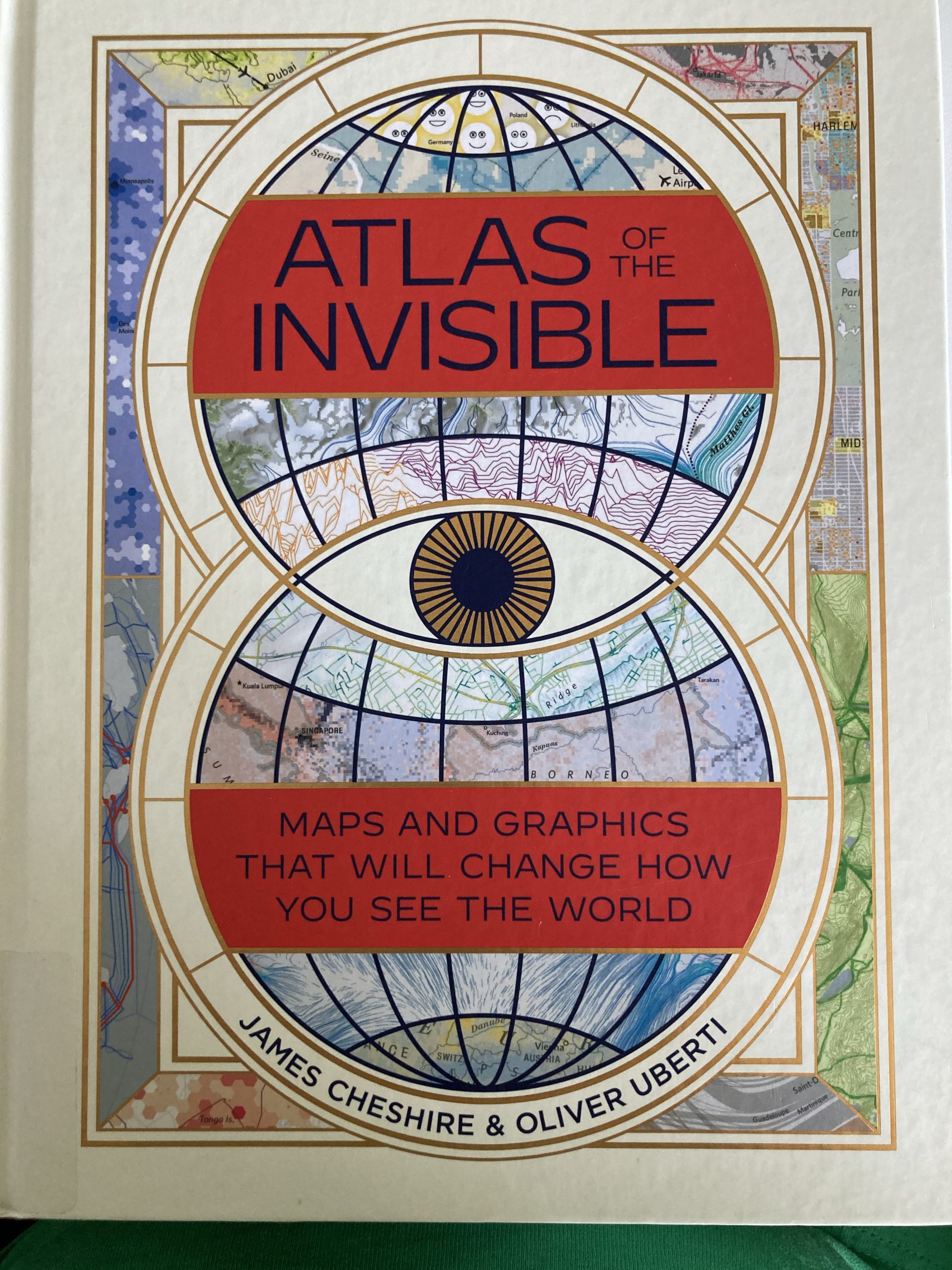 Normally, I wouldn’t expect to be reading an “atlas” for work. But, when Evelina Judeikyte called Atlas of the Invisible “one of [her] favourite discoveries this year!,” I had to check it out. And I’m so glad I did!

When I think of geography, I tend to think of it as a mathematical pursuit…measuring distances, elevations, depths. But authors James Cheshire and Oliver Uberti remind us that geography is a social science that can help us describe and understand human behavior.

Here are some of my favorite things about Atlas of the Invisible:

There’s a visual table of contents.

Similar to the interior covers of W. E. B. DuBois’s Data Portraits, Cheshire and Uberti include a thumbnail for each visualization that appears in the book. This makes it super easy to reference favorites later. 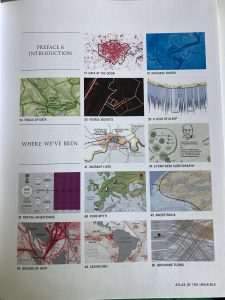 I mean, it’s an “atlas,” so of course there are lots of (interesting!) maps.* But some of my favorite visuals in the book, like the bicycle slope chart (Revolutionary Transport, pgs. 90-91) and the time use area chart (Unequal Loads, pgs. 132-133), were non-maps. Dataviz inspiration abounds! 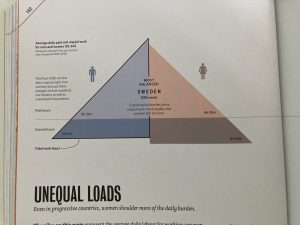 Did you know that the cables that carry the internet under thousands of miles of ocean are less than 2″ in diameter? (Octopus’s Garden, pg. 98) Or that there are more lightning strikes in shipping lanes than in other areas of the sea? (Electric Currents, pgs. 120-121) My husband is a fan of cool non-fiction**, and after a few minutes of my “Look at this! And this! And this!,” he added Atlas of the Invisible to his To Be Read pile.

The authors say it themselves, in the concluding paragraph of the book:

We hope this book gives you hours of enjoyment, looking, discovering, seeing. But we hope it provides more than entertainment. Whilst I write I’m watching satellite imagery of a giant iceberg swirling away from Antarctica at the end of the joint hottest year on record. What good is such knowledge if we all remain spectators? We hope that at least one of our stories will have inspired you to act.

Many of the visuals make strong, policy-relevant statements, particularly about the environment.

Have you read any great data visualization books lately? Drop them in the comments below!

*My favorite maps in the book are The United Commutes (a redrawing of US state borders based on where people live and work; pgs. 74-75), Carbon Overhead (a sobering, smudgy view of airplane exhaust in Europe and the US; pgs. 114-117), and Looking for Lead (a case study of successful statistical prediction in Flint, Michigan; pgs 126-127).

Until recently, I didn't know much about W. E. B. Du Bois. The intersection of…