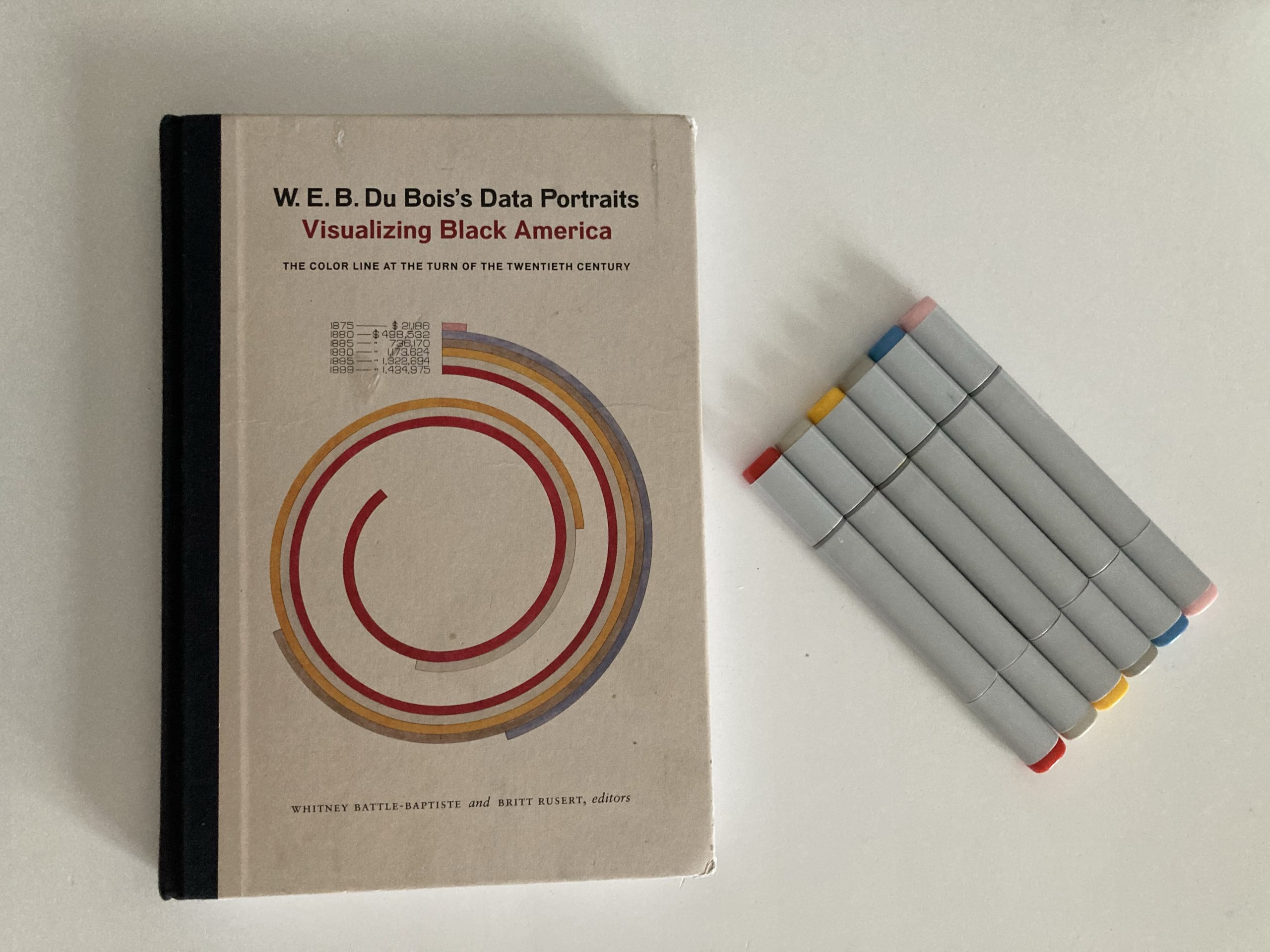 Until recently, I didn’t know much about W. E. B. Du Bois. The intersection of my grade school education with my not-fabulous memory left me with only the vague knowledge that he was a 19th-century, African American intellectual.

But then Du Bois’s data visuals started showing up in the science communication content I was viewing and reading. And then, this past November, I attended a webinar on North Carolina State University’s W. E. B. Du Bois Visualization Exhibit. I really liked the design of the visuals I’d seen and their focus on racial justice. I wanted to see the complete collection, so I bought a copy of Whitney Battle-Baptiste and Britt Rusert’s edited book, W. E. B. Du Bois’s Data Portraits: Visualizing Black America.

I finished Data Portraits earlier this week, and it was an awesome fusion of history and design! Here are some of my favorite takeaways:

Du Bois was a highly qualified social scientist, even by modern standards.

Du Bois was the first African American to earn a PhD at Harvard. He had advanced statistical training, and his work was firmly rooted in quantitative data.

Du Bois also recognized that the best science happens in teams. He employed a network of field researchers across the South, and the visualizations in Data Portraits were created in collaboration with students and alumni from Atlanta University.

Du Bois was aware that while unmoving prose and dry presentations of charts and graphs might catch attention from specialists, this approach would not garner notice beyond narrow circles of academics. Such social science was useless to the liberation of oppressed peoples. Breaking from tradition, Du Bois was among the first great American public intellectuals whose reach extended beyond the academy to the masses.

The visualizations in Data Portraits were displayed at the 1900 Exposition Universelle in Paris. Du Bois’s goal was to showcase the economic and social progress made by African Americans in three decades since Emancipation. Plate 47, comparing illiteracy rates among African Americans to those of nine European countries, is a great example of this: 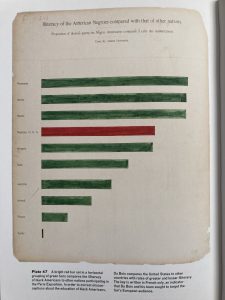 Data visualization was a fairly novel technique at the turn of the 20th century. This meant that Du Bois’s team had a lot of latitude to experiment. Many of the bar charts, line graphs, and heat maps in Data Portraits are similar to those we see today. But then there are chart types that defy modern convention in attractive and interesting ways, like the lattice bar chart, the pie chart x area chart mash-up, and the spiraling stacked bar chart: 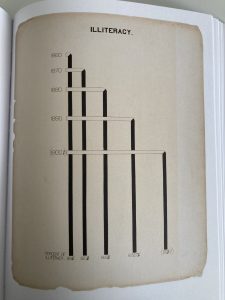 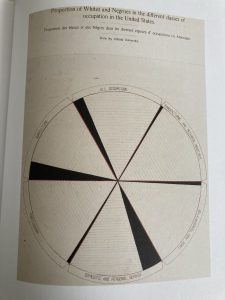 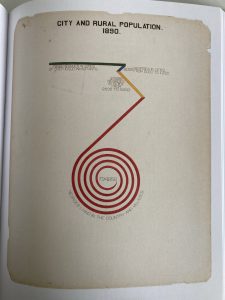 From a design perspective, Du Bois’s team was way ahead of their time. Their work predated the Harlem Renaissance of the 1920’s and 30’s, and its style resembles visual art from early- and mid-20th-century movements like futurism, avant-garde, Bauhaus, constructivism, conceptualism, and modernism.

In conclusion, who’s got two thumbs and is Dr. W. E. B. Du Bois’s newest fan? This girl!