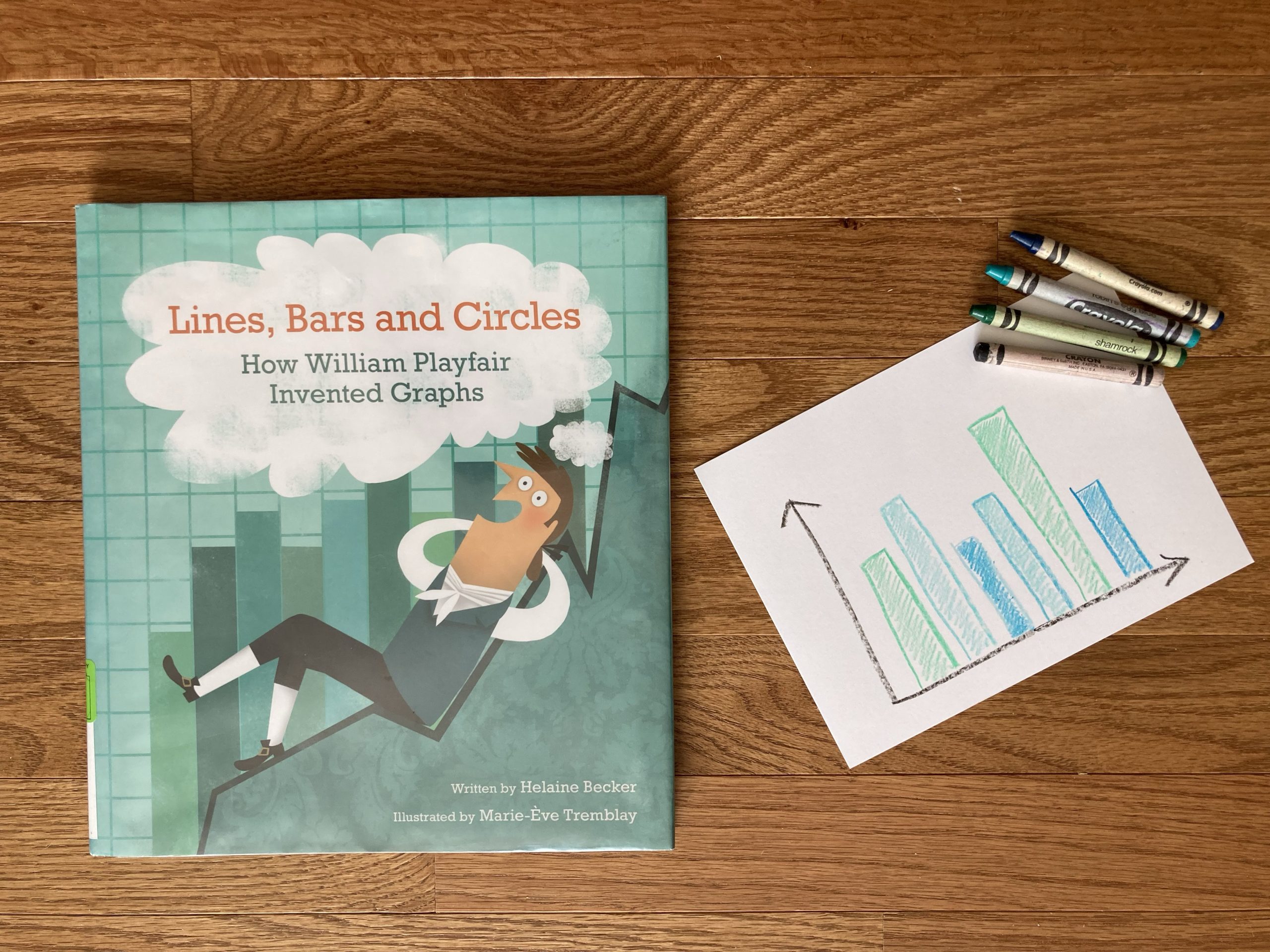 The first time I remember hearing about William Playfair was in W. E. B. Du Bois’s Data Portraits. Playfair was credited with inventing the line graph, bar graph, and pie chart.

WHAT?! William, where have you been all my life?!*

I had to learn more. The first “William Playfair” that came up in my Goodreads search was Lines, Bars and Circles: How William Playfair Invented Graphs, a picture book written by Helaine Becker and illustrated by Marie-Eve Tremblay. And my local public library system had copies. Shut up and take my library card!

Here are some of the things I learned about dataviz pioneer William Playfair:

Playfair was a jack of all trades.

William grew up as an artist and a dreamer. His brother trained him in math and science, and then Playfair worked as “an engineer, a silversmith, an economist, a writer, an inventor, and an entrepreneur.”

Playfair was a mover and a shaker.

His brother-turned-tutor, John, was a famous mathematician. William later worked for James Watt, the dude who perfected the steam engine and helped kickstart the Industrial Revolution. And, while his head was still attached to the rest of his body, King Louis XVI was a superfan of William’s graphs.

Playfair was a jerk.

He spent his childhood pranking and otherwise annoying his siblings.** He irritated his aforementioned boss, James Watt, because he was too busy dreaming and scheming to actually do his job. Young Will then came into his own as a noted liar, braggart, thief, fraud, and extortionist. Charming, eh?

You know, as in wheels of cheese? Fascinating!

In sum, I found Lines, Bars and Circles to be interesting and delightfully illustrated! I think it would be a great addition to elementary classrooms and home libraries of future data scientists.

* Interestingly, no one knows for sure.

** I concede that, in and of itself, this is normal sibling behavior and not, on its own, a surefire sign of being a jerk.

Until recently, I didn't know much about W. E. B. Du Bois. The intersection of…