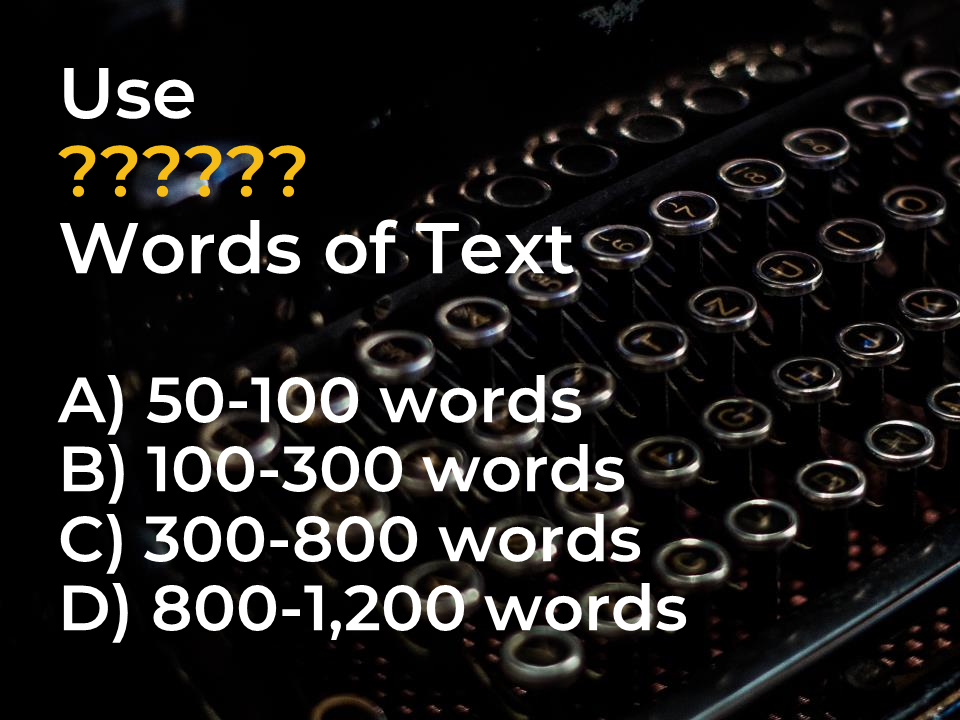 Two weeks ago, I realized that one of my fundamental beliefs about the world was wrong.

Over the past several years, I’ve facilitated a bunch of workshops on designing and presenting scientific posters. Broadly, those workshops cover what content should go on a poster, as well as design considerations like colors and fonts.

One of the design guidelines that I’ve shared in every. single. workshop. is that a poster should include about 300 to 800 words of text. And, seriously folks, I didn’t pluck that range out of nowhere. If a poster resource gave a suggested word count, at least two thirds of the time, it was in that range (Exhibits A, B, C, D, E, F, G, H, I). The other third of resources suggested even more words than that (Exhibits J, K, L, M).

Here’s a poster (which I helped design) that I’ve shown in most of my workshops, as an example of good poster design:

In one of those workshops, a participant (a technical editor who I love working with) asked, “How many words are on that poster?”

Uhhhhh…I had no idea. I figured that, if it looked legible and uncluttered to me, it probably fell within the recommended range. And I didn’t have the tons* of time I’d need to count up all of those words. So, I just said that I wasn’t sure and moved on.

Then, a couple of weeks ago, I was preparing a poster workshop for graduate students in Duke University’s Science & Society program. And I saw that 300-800-word guidance again. And a disembodied voice whispered, cinematically, “Count the words, Lori.”

I started with an (in retrospect) pretty terribly designed poster that I did in 2007, during graduate school:

So, you’re telling me that that inexcusable wall of text comes in under the word limit that just about everyone on the internet recommends? But it’s THE INTERNET! No one’s ever been wrong on THE INTERNET!***

I started counting a bunch of the posters that, to me, looked like they had a reasonable amount of text. 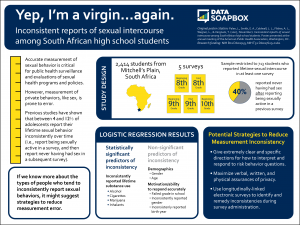 Poster about online dating and politics by Matthew Easton, which I think has a great (i.e., small) amount of text: 267 words

Graphical abstract I designed (which I think would make an acceptable poster): 172 words 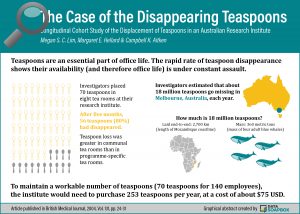 And how many words are on that poster I often show in workshops? By my rough count, 994. In its defense, it’s wider than the average poster (i.e., has more real estate), and I counted even the words in the graphs and figures, which don’t always get included in poster word count guidance. That being said, I concede that there are places where the text could be reduced.

So, long story short, I have revised my long-held belief about poster word count. I’ve booked my ticket on the sub-300-words-in-most-situations train. And, in preparing this post, I learned that there’s already at least one other science communicator on that train! Check out Dr. Tullio Rossi’s great post on How to Design an Award-Winning Conference Poster.

Readers, I’d love to get your reactions to my latest thoughts on poster text. How many words have appeared on your posters? Do you think that was too much or just enough? Weigh in below!

**Please excuse any minor counting errors across the couple-thousand poster-words shown in this post.

***Narrator: She is being sarcastic.

So You’re Going to Judge a Poster Competition…

Spring is the season not just for The Pollening, but also for events like elementary…